**IMPORTANT NOTICE** Due to a technical glitch, many products have lost their options (color, finish, size, etc.) and are showing as "Out of Stock".
Fixing the affected products will take many months. If you see a product that is missing its options and you would like a stock status, or for it to be fixed immediately, please use the chat feature in the bottom right corner, or email us at support@wcuniforms.com. Dismiss 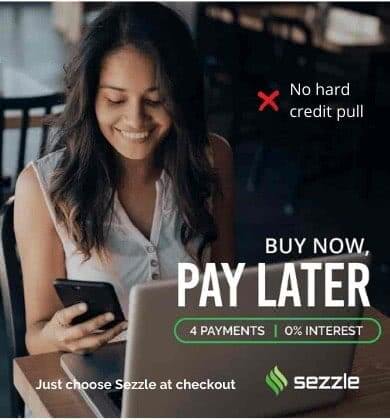 Top Rated Products
Rated 5.00 out of 5 based on 3 customer ratings
(3 customer reviews)

PhaZZer 15 Foot (Yellow) Dart Probe Ammunition Cartridges are designed with law enforcement in mind.
CEW weapon cross-compatibility with TASER and PhaZZer weapon platforms:
TASER:  TASER M26 • TASER X26 • TASER X26P  • TASER X26C
PhaZZer:   PhaZZer E3 • PhaZZer Enforcer • PhaZZer Enforcer with data port • PhaZZer Dragon
Deploys two (2) small dart probes attached to insulated conductive wires that extend from fifteen (15) feet, effectively subduing and controlling but not permanently injuring an attacker. The effects of neuromuscular Incapacitation (NMI) is almost immediate. PhaZZer dart cartridges separate at an angle of six (6) degrees.  Three (3) degrees up and three (3) degrees down and thus the laser should be sited to the center body mass.  This allows for significantly greater accuracy at longer distances allowing both darts to hit the target to complete the circuit causing NMI. Significant testing has been performed between the TASERs eight (8) degrees of separation and the PhaZZer’s six (6) degrees of separation and results show a greater accuracy with the PhaZZer’s six (6) degrees of separation at distances that exceed fifteen (15) feet.
All PhaZZer Dart Probe Cartridge options are considered Less-Lethal and contain a compressed nitrogen propulsion system. PhaZZer CEWs and cartridges are classified as Non-Firearms by the United States (DOJ) Dept of Justice and (ATF) Federal Bureau of Alcohol, Tobacco, and Firearms.
Warranty:
PhaZZer offers a full one (1) year repair or replacement warranty from the date of purchase and a five (5) year shelf life from the date of production on all dart probe ammo cartridges. The production date is identified in the serial number located on the bottom of each cartridge. PhaZZer suggests that potential customers check with their country, state, and local laws pertaining to the possession and usage of CEWs.
Ammo Enhancement:
Functionally as an added benefit the raised grooves on the release buttons allow for greater leverage resulting in a more secure grip and a near-seamless ejection of the cartridge.
Static Guard Safety:
All PhaZZer Dart Cartridges include a PhaZZer Static Guard (Patent Pending) which protects from static build-up and prevents accidental discharge.  The PhaZZer Static Guard has been tested by the Bureau of Explosives and approved as an unregulated good by the US Department of Transportation allowing for non-hazmat shipping by ocean, ground, or air.
Design Patent Pending with the USPTO for the NEW PhaZZer® Dart Probe Ammunition Cartridges.
The New PhaZZer Dart Probe Cartridge Ammunition was designed by the PhaZZer® Engineering Team for cosmetic purposes ONLY in order to comply with the Pending TASER (Trade Dress) infringement.  This has significantly changed the ammo appearance, shape, and design while retaining the functionality and performance that is expected from the PhaZZer customers. 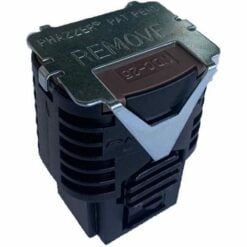 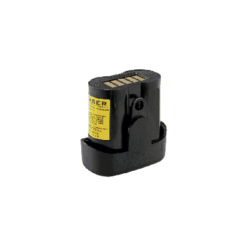 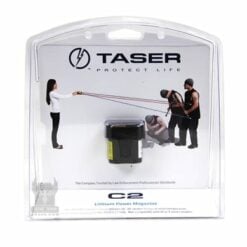